Task: Take a photograph from the perspective of an earthworm.

Yesterday morning as I lounged in bed, work-poor on the first day of term, I heard a pattering up the hallway. Cats... yes... two of them. I went back to my book. A couple of minutes later I heard "oh geez where are the cats?" The builder had left the door open and the two beautiful Burmese inside cats had gone AWOL. I sighed, put on some runners and a jacket and ventured outside, assuring the builder that this was the moment those cats had dreamed of.

"Kitty kitty kitty..." we cajoled, cried and finally whimpered. As I rounded the corner of the house I saw two guilty felines nosing around in the wet earth. The builder approached from the other end. Wham! I caught Buster. Lillylilac eyed me up and down in a standoff. Would I catch her? Would she disappear over the fence never to be seen again? All the scenarios including me getting kicked out when their owner returned home ran through my head. I could feel the tension rising.

A wiggle of her bum gave her away and I brought my hand down just quick enough to pick her up by the skin on her back and hoist her under my arm. It was a long walk back to the door. RIP little earthworms, you will be missed. 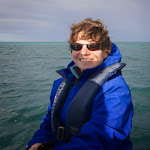